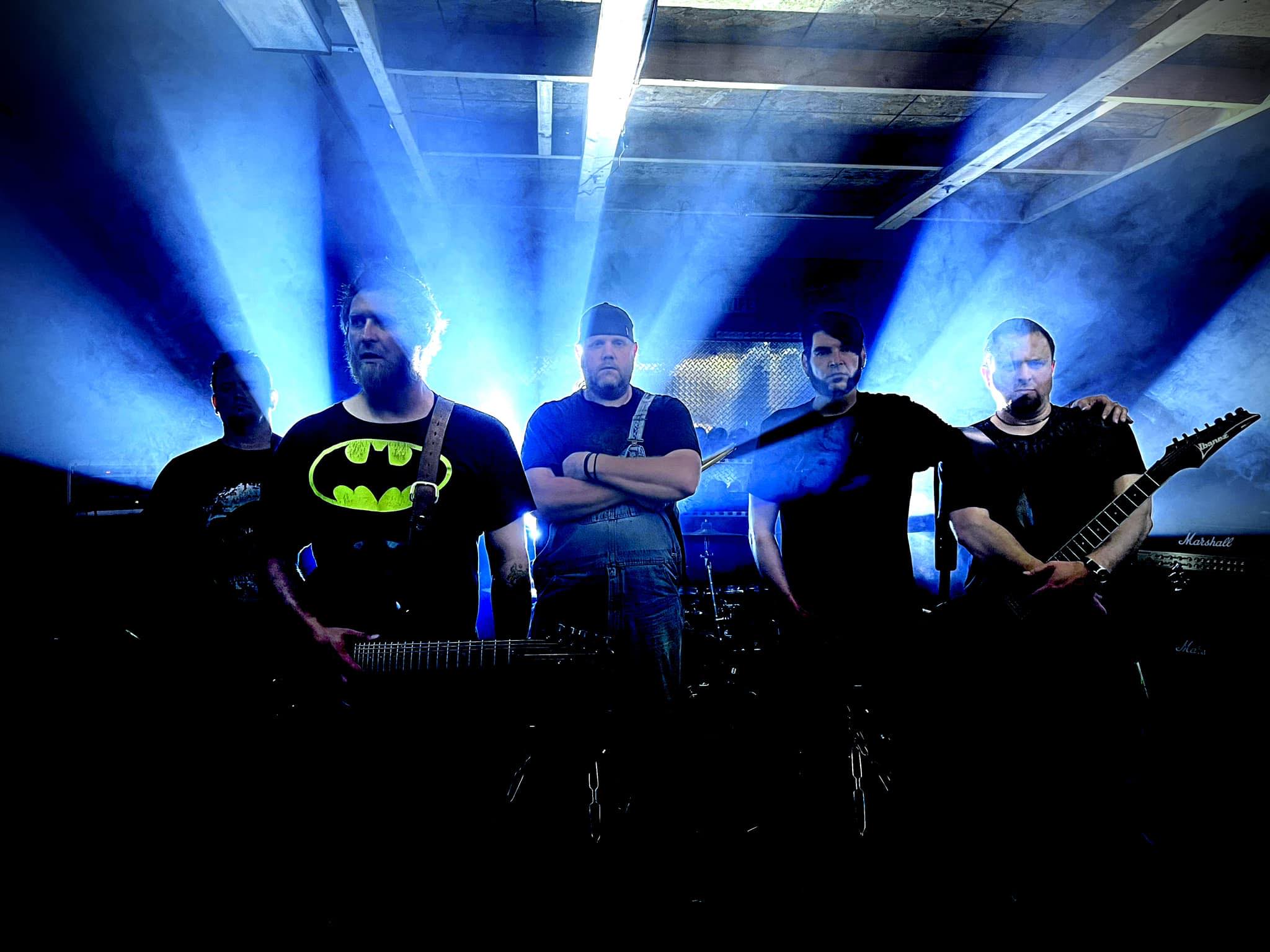 No, you are eyes are not deceiving you.You did not travel to an article from the yesteryear.

Dropsixx are performing at a reunion show with Peoria, Illinois rockers, Emperors and Angels, Oct 15 at the Canopy Club in Urbana, Illinois and it will literally be an Illinois homecoming for all.

Not the Girl Next Door had a chance to interview the band to discuss the upcoming Canopy Club show and dive a little into the depths of the band with an adulterated, unedited, straight out of the horses mouth interview!

First thanks for taking a minute to do this interview. Other’s have tried and failed many times to actually get a straight interview with us and it has never worked out for them. We are notoriously bad subjects as our ADHD coupled with our Jagermeister and Natty Light consumption in the old days was quite the hindrance. Also please spell check this whole thing for us, We’re like rock stars and don’t have time for that tedious type of thing… ONWARD!

Ok, at the end of this, I don’t want Maury coming out with a Polygraph test result though so I’m going to do my best here and talk a bit in the third person:  JD and Scott met in high school in Paris Illinois… Jd moved to Monticello in ’95 where he met Cody… later that year he introduced Scott to Cody, then asked Scott to play Guitar in a band with them. After that band was over, they picked up writing again and formed Dropsixx and played some shows in Champaign. They eventually needed another guitarist, enter Brent into the band. Moving forward into Dropsixx second album release our then bass player Justin, who was also Cody’s brother, left the band and Cody Bash, here forward known as “Bash” for simplicity sake, joined the band and we’ve now became Dropsixx as it was and currently still stands. Wow, that’s like trying to explain the extended family tree in a really abridged version while intoxicated at a wedding. But we made it through it.

I would say and I think the other’s would agree that our sound is just drum driven, grinding, droning, heavy yet melodious Instrumentations coupled with thoughtful lyrics and passionate vocals. I once heard someone smart assedly say “Heavy Mellow” while I didn’t exactly agree, we did chuckle at that for a while.

In the beginning, I think that Cody and I (Scott) wrote most of the music together. Our two styles of heavy and melody structured the sound of Dropsixx. But as time went on and everyone found their own space within Dropsixx after all the rehearsing and playing and just being around other amazing bands and learning… everyone in the band contributed in the writing of the songs.

Breakdown of the members and what I think they do in the mix lol.

JD: heaviest guitar, JD uses his guitar dynamic almost as a percussive instrument while in his overdrive channels. He also has the deepest collection of strange effects I have ever heard.

Brent: lead guitar, counterpoint guitar, melodic guitar as well as rhythmic guitar. Brent weaves around the others to create that full soundscape.

I’ll give you two examples:

If we were in the practice room and someone brought a cool riff or Cody played a nice drum beat that we would all be into it… we would work on that as a group and bounce ideas until it became a song. It might happen in 10 minutes, or in a couple hours. Usually It would start with a guitar riff, then Cody would add a drum beat to it. If the original guitar riff was heavy, we would add a melody guitar to it, or vice versa. We always tried to counterpoint the music with both. The bass line would be added tightly with the drums but enough space there for Bash to add his own flare.

Another way a song might happen is, myself or another band member could possibly write an entire song structure at home. But, while writing, having played with each other for so long, having traveled in the van inches from each other for hours on end, and having breathed the same air and the sometimes foul things in it, we are close enough that while writing we hear what each other would add to the song. So for me, I write it like I think they would play it. Then when I would take this demo outline to the rehearsal space for them to hear, they would hear Dropsixx in the music. They would still ultimately change their parts to suit them and we would tweak the song together, but more often than not, what I would hear in my head would be very close to what would come out in the end and I think that is true for the others as well.

We spent so much time crafting our skills as musicians in the practice room. Slightly distracted by various beverages, a pool table and an outdoor basketball goal, that was completely unfair to the lead singer… ME… because it was not regulation at ALL! I digress.

Then we started playing so many shows with other bands who were amazing that it pushed us even harder in the practice room to make sure we were the tightest well oiled version of ourselves we could be when we performed. It was hard tedious work sometimes, it wore on us at times, but the effort showed on stage. Our live show is why Dropsixx had such a following. We just put it all out there and left it all on the stage every time we played. Our friends and Dropsixx family in the audience gave us all of their energy and it fed us to give it all back to them.

We had the opportunity to open for so many great bands, local, national and world famous. I don’t want to name drop here, but if you want a good show/fan story, I am going to leave that one for Brent to answer! Ask him in person at the show! Its a good time story involving a town seemingly out of a Stephen King Novel!

The band started as a cover band named Fuse in a garage in White Heath, Illinois.

When JD asked Scott to play guitar in the band, Scott said “Ok but I’m not into any of that Metal type music, I’m mostly into Alternative type rock like Bush.”

One singular event turned Fuse into the first incarnation of Dropsixx and that was a show in the basement of a Church in Champaign following a band called Five Pointe-O. They absolutely killed their performance, screaming and super heavy and tight as any band we had ever heard on record. Then, we had to go on after them, after we picked our jaws off the floor and regained our composure… It fundamentally changed how we proceeded as a band from that point forward.

Our first bus was from a retirement community home… that we bought as a band. On it’s voyage to us it broke down at an off-ramp literally a mile from our home base… luckily an close friend who will remain unnamed pulled that heavy bus up the ramp with a rental car that had no business whatsoever pulling anything… we died laughing then and we still laugh over that one currently.

Let’s talk about your upcoming show at The Canopy Club on October 15, 2022, what can concert goers expect?

Well, they can expect a couple things: Maybe a slightly less Jagermeister soaked version of our former selves… and on to the show…

Emperors and Angels is going to straight up slay the stage when they perform. End of Story. Powerful, energetic, passionate, highly skilled musicians operating at peak performance. I’m so excited to be there and have my rock horns up in the crowd as well.

Dropsixx, has spent hours rehearsing the material, learning ourselves again. It’s been 15 years in the making and when we take the stage, we are leaving it all out there. Expect all the passion and performance you could ever want from a show as an audience member.

It is going to be a night for our friends and family to remember and we look forward to seeing everyone there for the experience.

They can also expect to hear us mentioning our T Shirts for sale every time we get too winded and need a break between songs.

Well, this was pitched as a one-off show and it very well might be. But, I think we have all really enjoyed and come to really appreciate the time we spend together as a group while rehearsing Dropsixx, so I think we shall see what comes out of this moving forward. I mean, Brent’s wife still has our rehearsal’s scheduled on their calendar so, we believe that’s a sign.

Cheers everyone and we will see you all on Saturday the 15th at The Canopy Club! Get your tickets in advance to save some fees!

By:  Not the Girl Next Door Show/Angela Mockbee 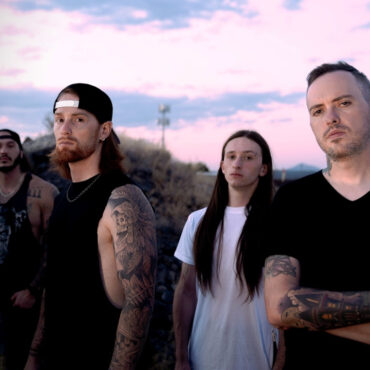 Sleep Signals Announce ‘The Death Do Us Part’ Tour This Fall!

Minneapolis, MN-based rockers Sleep Signals have announced that they will return to the road on the The Death Do Us Part Tour with QUOR, which begins November 30th at The Big Dipper in Spokane, Washington and concludes on December 11th. Tickets and VIP for the tour are available on Friday 10/14 at www.sleepsignals.net Sleep Signals, have garnered a dedicated following through relentless touring, their explosive live performances, and their ability […]