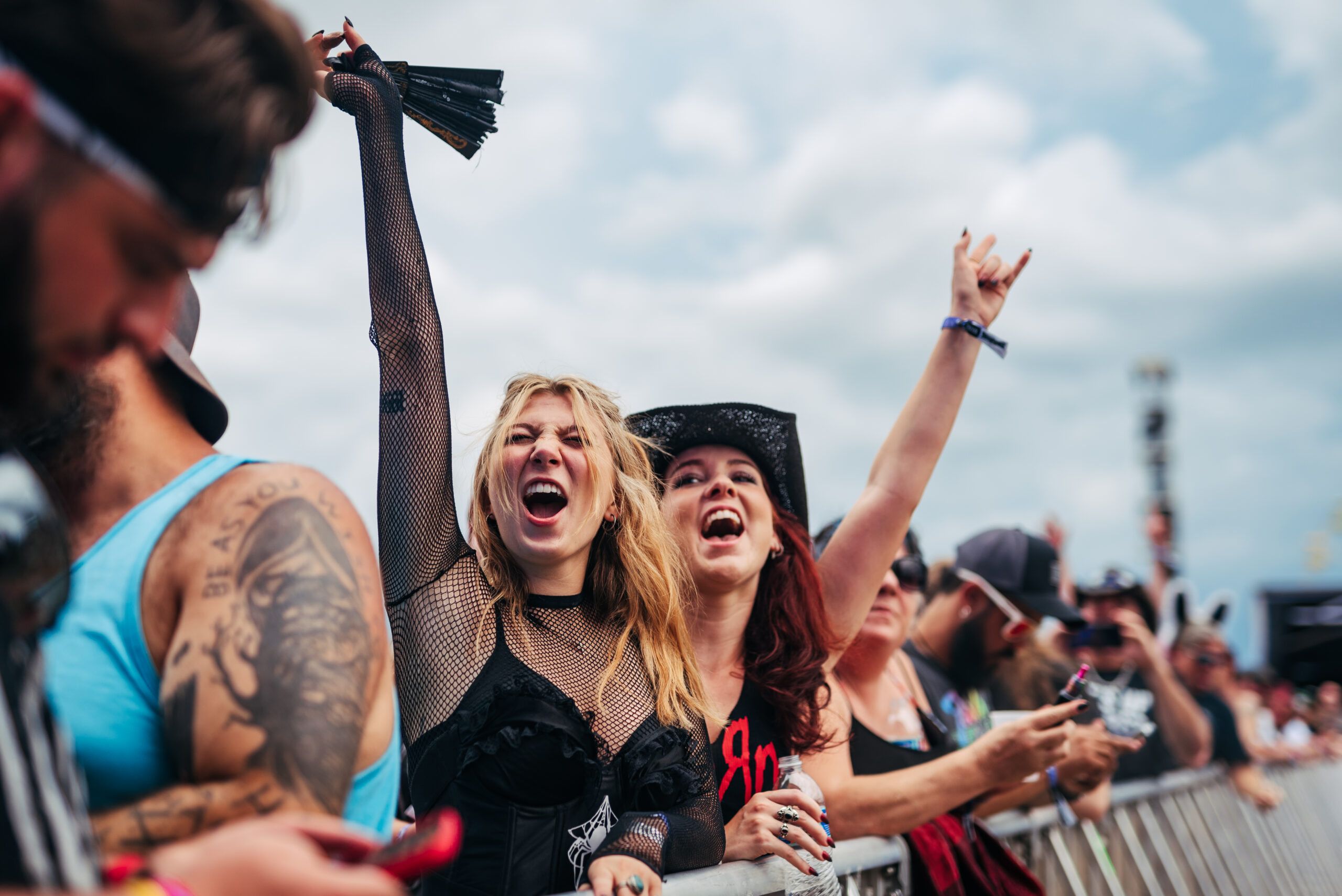 Friday Night
All is calm and quiet as you drive up to the Daytona International Speedway for the Welcome to Rockville Festival.
That is until you get into the actual venue then the fun hits you right in the face. Once you enter the gate (Turn 1 gate specifically for me) the music is blasting, people are dancing and there is just an all around vibe that makes you want to join in everything, all at once.

Photos by Steve Thrasher, Steve Carlos, Cameron Nunez, Lexie Alley and Nathan Zucker
Immediately I went over to the Space Zebra stage to catch Diamanté. There were already people waiting in the blistering heat at the stage waiting for her to come on. She had a sizable crowd for one of the first acts of the day and she commanded them all. Especially when she belted out the cover Iris. The entire crowd was singing and swaying. She completely charmed the audience. 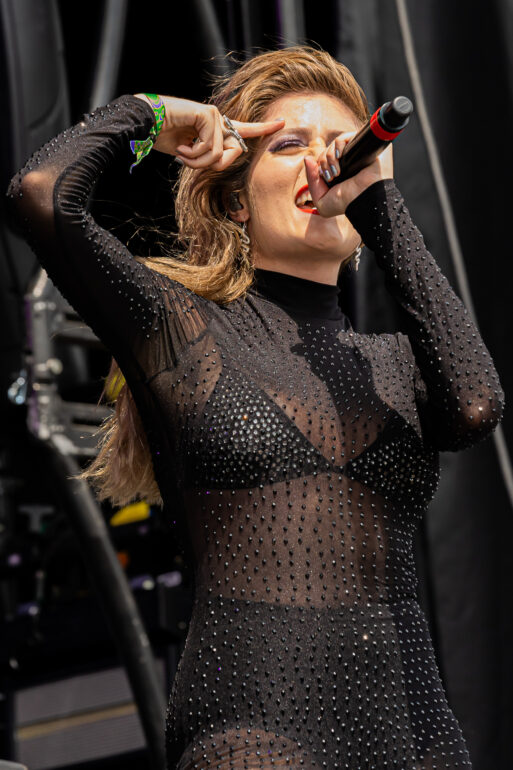 Photo by Steve Carlos
I decided to stay at the Space Zebra stage for Blacktop Mojo who I will be interviewing in the near future on Rock Rage Radio. 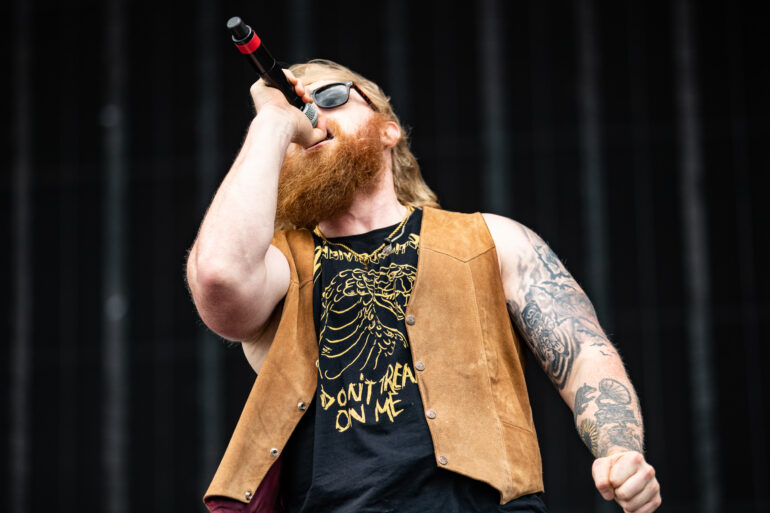 Photo by Steve Thrasher
You meet a lot of interesting people at festivals but one group I want to note at the 19 year olds that were standing with me. They were so knowledgeable about music that it makes me feel there is hope for the future in the rock and metal world. One of them had been there since gates opened and he was dedicated to staying at the front line until Megadeth came on the stage at 835 pm that evening. I felt for him later when the band decided to cancel their appearance due to travel issues. 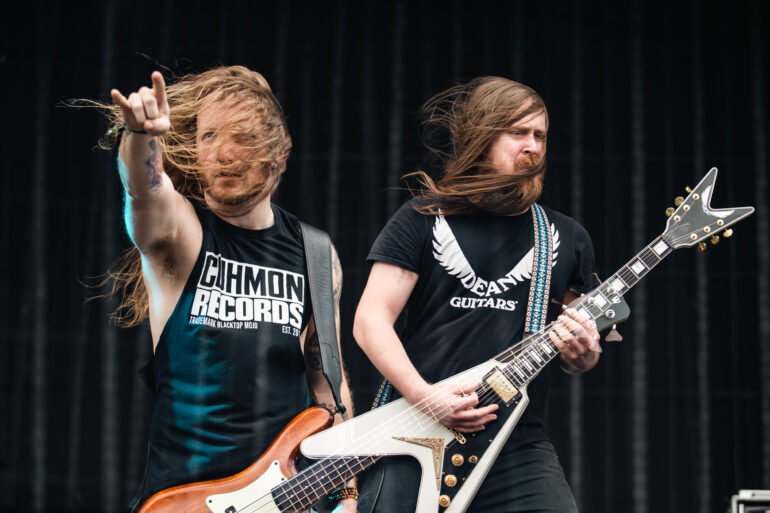 Photo by Steve Thrasher
The crowd grew larger as Blacktop Mojo did their sound check. All the girls were screaming for the lead singer Matt James. Once they took the stage the crowd went wild for the Texas Hard Rock Band. Matt has so much charisma on the stage. He dances, he had a good time and the interaction with the crowd is a good time. You can tell the whole band loves the stage life.
One of the things I love about watching people at the festivals is the race to get to the next stage. There are four stages at this festival. I sat at the Jack Daniel’s tent after Blacktop Mojo, and grabbed a down home punch which is my favorite of the Jack Daniel’s flavors but they had a variety to choose from in the tent. It was set up like an outdoor bar. While there I watched as people ran from one end of the raceway to the other to be sure to catch the beginning of the next show. I love the passion these people have for the bands. I shared my table with many people over the next hour as almost a pit stop for them and spoke to all of them who had a different story to tell of why they love this band or that band and their past Rockville experiences.
Then the clouds came rolling in and it didn’t look good. All of a sudden the announcement came on to take shelter and the lighting was hitting and. Everyone took cover in the grandstand.  Again still making friends and talking music there for the hour and a half that we were stuck. 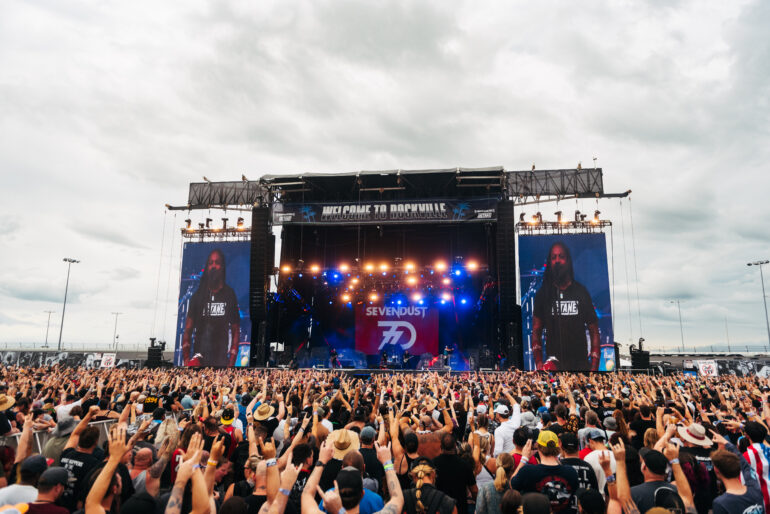 Photo by Nathan Zucker
Once back in I walked around the check out the vendors until the music started again. My favorites so far have been Mortus Viventi a vendor that sells tarot card merch and supports touring bands,  Trails clothing with some of the coolest rock/metal and random shirts for guys and girls and kids and the Fuck Cancer tent which holds a special place for me with family. Checking out the pretty cult tomorrow because it seems they have some cool gothy stuff that I probably need. 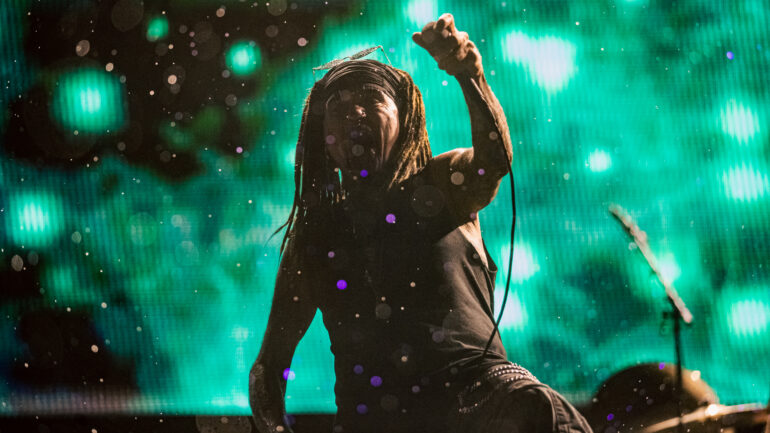 Photo by Cameron Nunez
Sadly after the shopping we found out that Megadeth had canceled as well as Skillet and the schedule was rearranged. We decided to hold out for Ministry and I’m so glad we did! I had finally gotten to see Ministry a band I talked about for years but never had the chance to see until now. Loved the music and the dark and ominous stage show. The energy that Al Jourgensen still brings to the stage after all these years was just mind blowing. I will never forget it. I called it quits after this because sadly the rest of the show was canceled due to weather. But definitely more fun for tomorrow.
The food at this festival was way better than your average festival food. There’s variety. My friend and I had Creole…yes creole at a concert. Not hot dogs and fries. Freaking amazing. We tried the Brisket Po boy and the alligator bites both awesome!
I cannot wait to go back tomorrow to see what else I have missed. There is so much to see and do and experience I hope I can get the rest of it in during the final two days of the show.
See you all there!
Lily V. Sixx 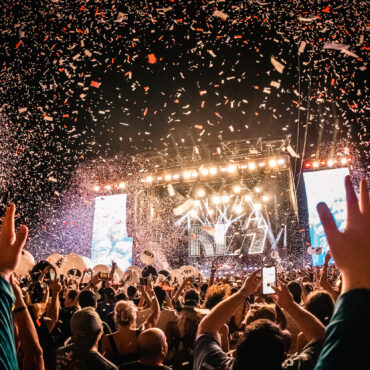 What can we say?  Welcome to Rockville covered all the bases, with an amazing lineup, great food, great attractions and the greatest rock fans in the world!  From start to finish, Welcome to Rockville did not disappoint! Photos by Steve Thrasher, Steve Carlos, Cameron Nunez, Lexie Alley and Nathan Zucker Four stages full of today's best up and coming rockers and some of the greatest bands of all time wrapped […]