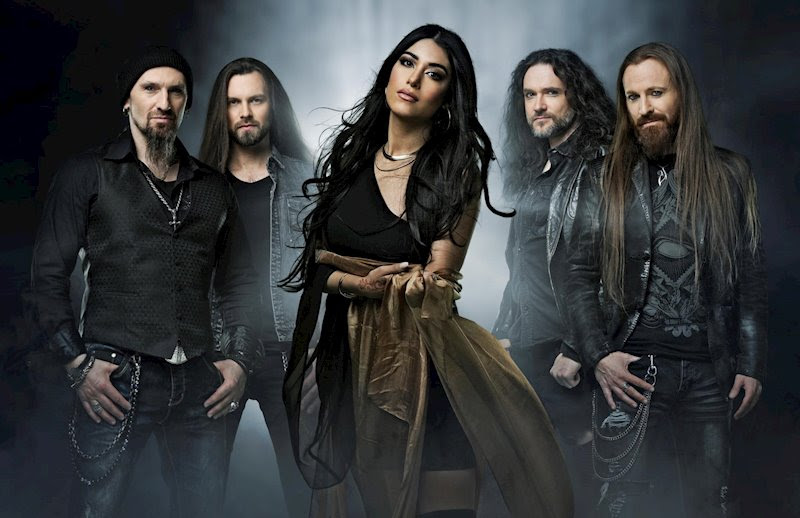 The time has finally come to dive into new adventures! Chart-topping German symphonic metal icons XANDRIA open the promising next chapter of the band’s history with their long-awaited brand new full-length, The Wonders Still Awaiting, out February 3, 2023 via Napalm Records. With a potent new line-up, steadfastly centered around band mastermind Marco Heubaum to maintain the band’s trademark essence, XANDRIA invite their devotees into a new world of wonders, genres and elements without ever forgetting their sonic roots.

After breaking the silence with their latest standalone single, the aptly entitled “Reborn”, followed by the multifaceted, hard-hitting “You Will Never Be Our God” (featuring Primal Fear frontman Ralf Scheepers), where Arch Enemy meets 80 heavy metal vibes, The Wonders Still Awaiting marks the first record presenting new vocalist Ambre Vourvahis, Robert Klawonn (guitars), Tim Schwarz (bass) and Dimitrios Gatsios (drums). Along with the aforementioned tracks and presenting 13 songs in total, XANDRIA‘s sound emerges harder, darker and more epic than ever before, but holds an intimate setting and range of emotions at the same time. Rich in different styles and genres, the album comes close to a movie score, sending its listener on an exciting journey to experience a world of sound never heard before in the universe of XANDRIA. Next to a 40-piece classical choir, authentic Celtic instruments represented by renowned musicians as well as delicate violin and cello contributions from SUBWAY TO SALLY‘s Ally Storch, the new record is topped by the Bulgarian National Radio Children’s Choir, which marks the first collaboration of this kind in the band’s history. None other than Lukas Knöbl was responsible for the orchestration parts in The Wonders Still Awaiting. Knöbl is known for working with Hollywood greats like Roland Emmerich for example. Each song nearly resembles an award-winning film score, creating a story that rapidly unfolds in the listener’s imagination.

The impressive vocal wealth of Ambre Vourvahis – ranging from rock grit, operatic highs and even death metal growls – opens the unit’s sound to a wider palette of colors. Songs like the opening epic “Two Worlds”, “The Wonders Still Awaiting” and “Ghosts” manifest the thematic mood of the album while constructing incredible soundscapes of pure symphonic metal. “Two World” also sets the record’s lyrical concept, dealing with questions like what kind of world we are living in; one in which people deal sensibly with each other and treating it respectfully, or a dystopia dominated by autocrats and controlling technology? “Paradise” showcases some of the strongest hooks that captivate with great metallic pop melodies. The veil of various influences is lifted once more in “Illusion Is Their Name”, dashing all deception with heavy power metal vibes. Tracks like “Your Stories I’ll Remember” and “Scars” show the intimate side of XANDRIA on one hand, while combining rhythmic heaviness on the other. The latter marks a reminiscence of a James Bond theme, dressed in a heavy music surrounding. The epic nine minute album closer “Astéria”, including Greek lyrics written by Ambre Vourvahis, lands as the album’s exclamation point, proving with a grand finish that the five-piece has fearlessly started a revolution in the symphonic metal genre – commencing an impressive new era of XANDRIA with The Wonders Still Awaiting. 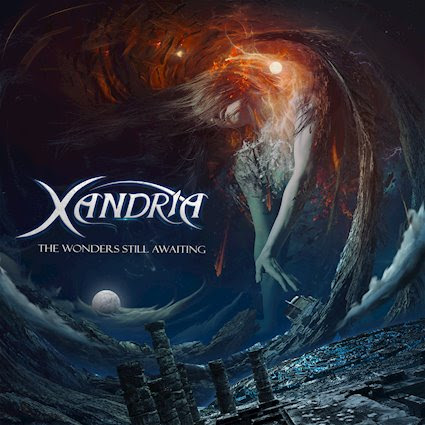 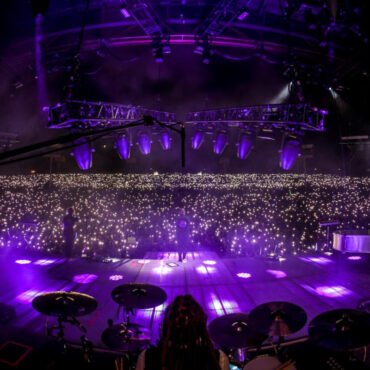 Releases Emotional Tour Video For Current Hit Single “Daylight” PRESS HERE To Watch (Photo credit: Sanjay Parikh) “A Shinedown concert is truly a performance to remember." – Loud Hailer Magazine “Shinedown put on a clinic for their faithful that spanned their seven studio albums and then some." – The Vinyl District “There was fire, flashing lights, fireworks, and tons of effects which really showcased how important the band are to […]