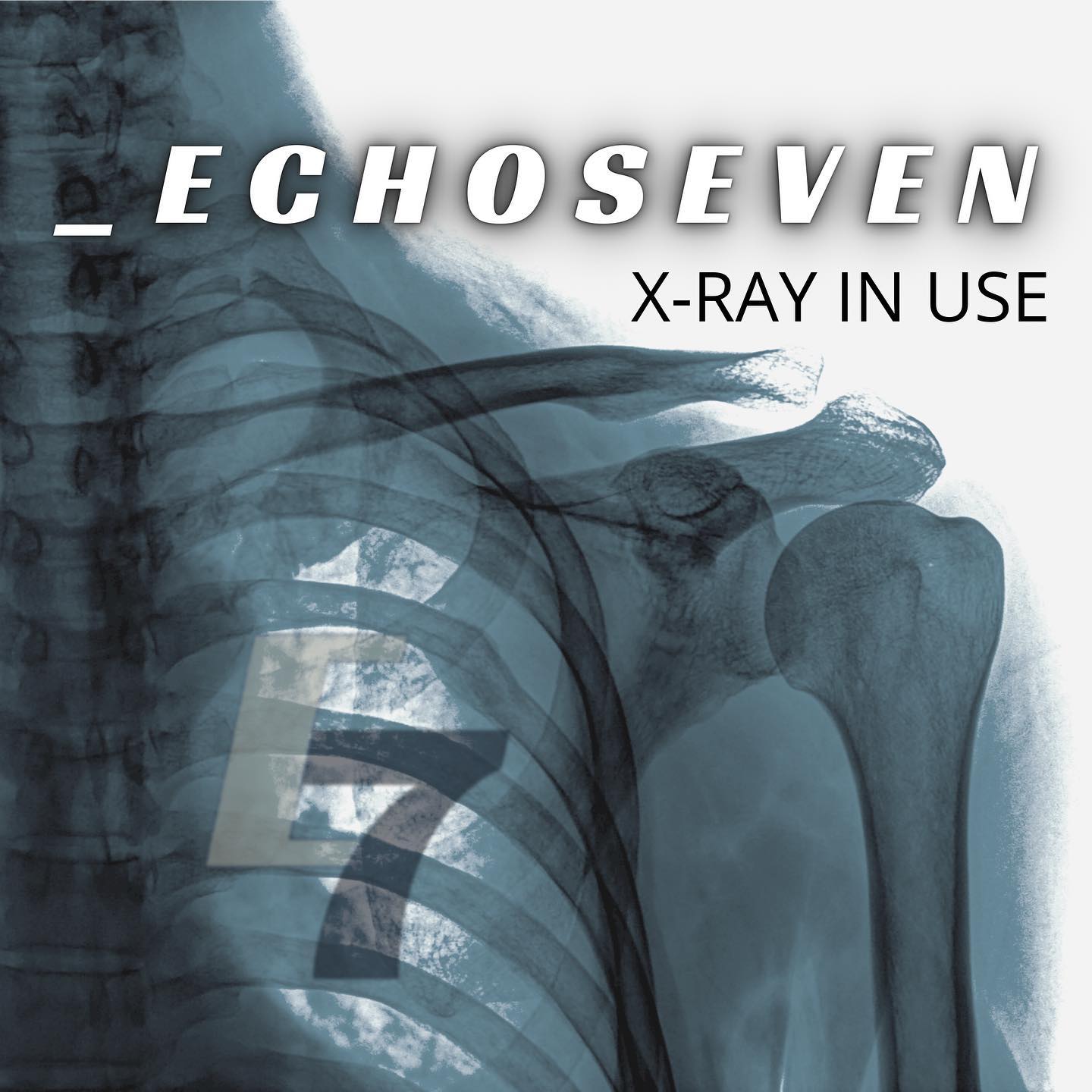 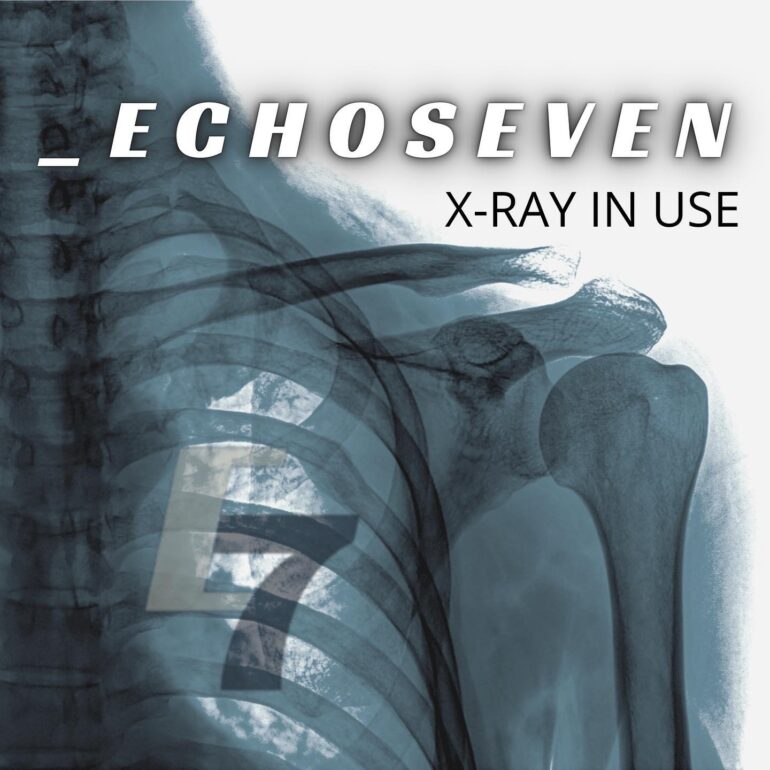 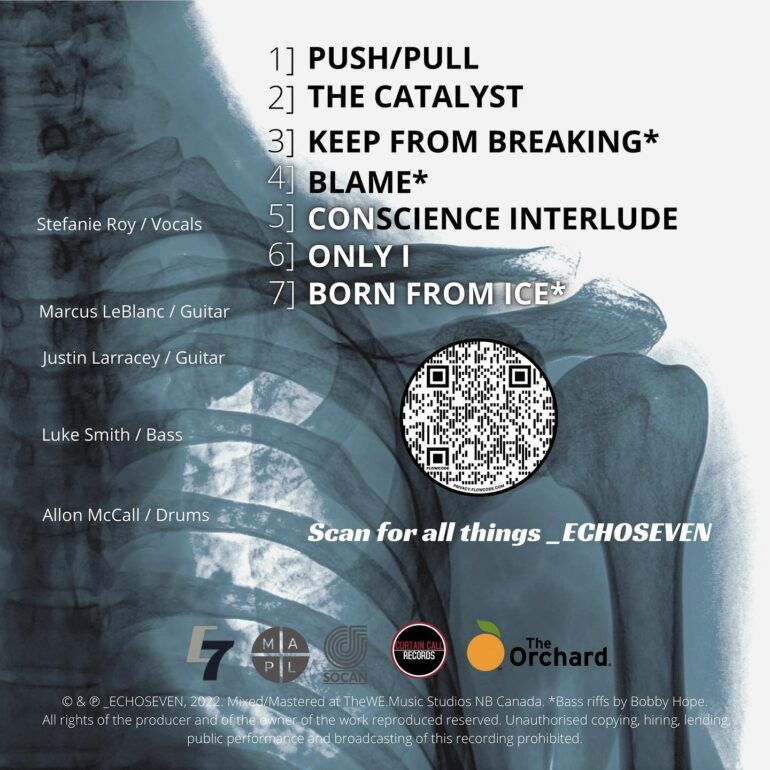 _ECHOSEVEN is a Female Fronted Hard/Active Rock Alt Metal Post Grunge group based in New Brunswick, Canada. After a tentative start in 2016 as a music “project” of drummer Allon McCall and guitarist Justin Larracey, the guys got serious about their music in 2019 and began recruiting more members. By early 2020 their lineup was complete. _ECHOSEVEN are Allon McCall (Drums), Justin Larracey (Guitar), Stefanie Roy (Vocals), Marcus LeBlanc (Guitar) and Luke Smith (Bass.)

After releasing 3 singles and 2 music videos independently, the Canadian Hard Rock band _ECHOSEVEN have inked a 2 year deal with stateside indie label Curtain Call Records with distribution through The Orchard/Sony.

_ECHOSEVEN is Curtain Call Records first Canadian signing. “I Am The Tree ” will be the first single to be released on Curtain Call.

“I Am The Tree’ was originally released by_ECHOSEVEN in 2020 in Canada. This rerelease will showcase a new mix by Matthew Nevitt of INKEI Studios with a Modern Rock / Metal sound and new visuals by Productions North of Seven out of Ontario, Canada. In a short description, “I Am The Tree is about not letting your demons win. It’s about realizing your past and present life may not be perfect, but when it comes to persevering, you have the strength of a lion.”

“Every-Thing” was originally released by _ECHOSEVEN in 2020 in Canada with a “Redux” version released in early 2021. This rerelease will showcase a new mix with a Modern Rock / Metal sound and new visuals by Productions North of Seven out of Ontario, Canada. The single will be serviced to US, Canadian and UK Radio outlets. This version will be “The Last Incarnation” of this track. In a short description, “EVERY-THING” is _ECHOSEVEN committing to their new sound: a blend of hard rock/metal riffs , haunting melodic vocals, hard hitting drums, while keeping the introspective lyrical message about personal discovery, perseverance, and overcoming life challenges.

“Born From Ice”  is a song about searching for the fire that used to ignite your heart and feel your strength return again.”  “Everyone knows the feeling of loneliness. That distinct feeling that the flicker of the candle flame in your heart is struggling against strong winds. It’s a long, winding path – often quiet, empty, devoid of light. Born From Ice speaks to these feelings. -Stefanie Roy ( Lead Singer/Songwriter _ECHOSEVEN)

_ECHOSEVEN’s sound is a blend of  Prog Rock, Metal, Folk, Grunge, Classical, K-Pop making their music riff driven and loud, with punchy drums,  pop/grunge lyrics and melodic catchy hooks. Spotify’s “ Year in Review” 2020 had _ECHOSEVEN at 17000 streams with 7.5k listeners in 75 countries, along with 14 weeks on East Coast Top 30 ( top position reached #6). You can find _ECHOSEVEN on all digital platforms / socials and online echosevenband.com 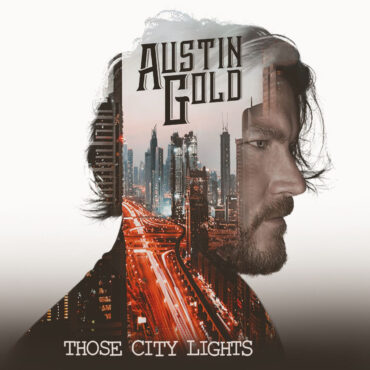 Anthemic hard rock act, AUSTIN GOLD, have launched their pre-order campaign for their new album, Those City Lights to be released via TMR Rock Records on Fri 04 November 2022. www.austingold.co.uk Those City Lights is their third release, following on from their debut album ‘Before Dark Clouds’ (2017) and the acclaimed self-titled mini-album ‘Austin Gold’ (2019). This will be their first release on the recently formed label TMR Rock Records, […] 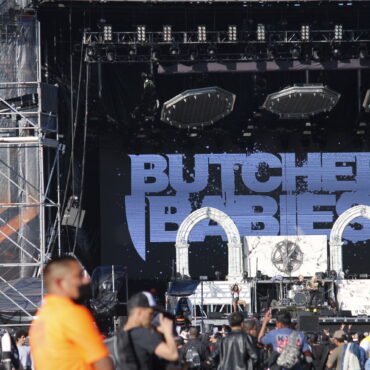